The Magical Moroccan Mint tea,go for it.

The Moroccan mint tea  gets so popular in Morocco , other countries in North Africa and the Middle East.

In the Classical Arabic Language we call  the tea Asshay while in Moroccan Dialect Atay.

Interstingly, Moroccans drink tea all day long ,before, during and after meals , making it an art of living .

As a result , the Magical Moroccan mint tea is one of the most beloved drinks in the country .

How to prepare Moroccan mint tea ?

the Tea ingredients and  the ways to make it vary from one place to another in the kingdom.

Besides, each person drinks two or three glasses of mint tea and the flavour changes as time paases by .

The different types of Moroccan mint tea and when we drink it?

If the weather is cold in Morocco , people use wormwood leaves (chiba or sheeba )  and mix it with mint tea .

The taste of chiba is bitter and and can make the mint tea s taste unique and wonderful .

The Moroccan tea can also includes lemon verbena with a lemony taste or  orange blossoms .

Consequently , the taste and preparation of the Moroccan tea varies from one region to another :

However , In Fez , tea is light and less concentrated and more subtle.

Generally , Moroccan Mint Tea is not only a  hot beverage but it is a sign of hospitality and a crutial part of the social life too.

In other words , we drink tea all the time , all day long in houses , streets and offices.

We offer tea to guests in wedding celebrations , funerals and in businesses too.

It is also an important element for communication between individuals and groups.

Making tea in Morocco is a man  s world and while making food is a woman s world .

Accordingly , the head of the household takes charge of the tea s making and the higher the pouring is the more welcome the guests are.

Tradition has it that it is not good to refuse tea as it is considered as impolite .

The History of the Moroccan Mint Tea 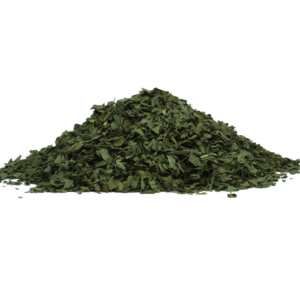 Tea appeared in China first and then the bristish merchants introduced it to North Africa , Morocco .

As a matter of fact , the queen Anne of Great Britain offered Moulay Ismail tea as a  gift in hope the king will release the british prisoners.

Tea becomes very important commodity during the 19 century in Morocco after the Crimean  War .And the popularity of the gunpowder increased due to the closure of Baltic ports.At that particular time the  Russian Empire was against the Ottomine Empire ,France , Great Britain and the kingdom of Sardinia .

Then , the consumption of tea moved  from the royal family members to the upper class and the awfully rich people in the country.

Shortly afterwards , ordinary people start to use the moroccan tea and becomes omnipresent .

Since the Moroccan Tea has menthol , it is good for inflammatory problems .

If you suffer from flu , congested chest or nose , mint tea is the right drink for you .

The immunity system also grows  stronger if you drink this precious  beverage which contains :

One of the vitamins mint has is B3 which reduces bad cholesterol and increases the good one .

As a result, having tea regularly will make your heart healthy and strong.

Additionally , mint tea can be very useful when you have digestive issues (menthol reduces stomach cramps and relaxes intestinal muscles).

Mint tea is an anti-stress , relaxing the mind and body due to the amino acid -Theanine.

Drinking mint tea is an antimicrobial elements which kill the bacteria in the mouth , too.

Your skin( if you have acne) can get so glowing and radiant and your body can have the  right weight( it burns fat).

Tea also helps to digest heavy food like Tanjia , sheephead meat ………and what not .

We hope that our blog has given you the outlines of understanding the history of  the magical moroccan mint tea and its benefits .

By the way , we do the following tours too if you want more explination about Marrakech and Moroccan Mint tea.